Local bargaining: where are we at?

Local bargaining: where are we at?

At the time this article was written, the legally-set deadline for negotiating the local provisions of our collective agreement had passed in 16 of the 19 new APTS union certifications. Here’s an overview of the results so far in talks with employers in the health and social services sector and the prescribed steps for these talks.

Only one agreement has been concluded, and that was on October 1 in Abitibi-Témiscamingue. The APTS expressed its satisfaction with the agreement and its hope that a number of other agreements would promptly follow.

Talks are continuing in the majority of institutions, sometimes in a relatively positive atmosphere and sometimes with clenched jaws.

In at least five institutions, however, the people negotiating for the employer left the bargaining table, to the great surprise of APTS teams, who believed it was possible to find a way forward despite the complexity of negotiations involving very diverse work realities.

APTS bargaining teams had 18 months from the certification date of the new APTS bargaining units to reach an agreement with the employers. When the 18 months were up, an obligatory period of mediation began. If mediation fails to culminate in a settlement, the two proposals – management’s and the union’s – will go to arbitration. One of the two will dictate the working conditions of members for years to come.

As most of the local bargaining units in the new integrated centres were certified on March 31, 2017 (with the exception of three that were certified on April 21, 2017), the time has come for 16 local bargaining teams to enter the mediation phase . The teams at the CISSS de l’Outaouais, the CIUSSS du Nord-de-l’Île-de-Montréal and the CIUSSS de l’Ouest-de-l’Île-de-Montréal have until October 21 to negotiate with the employer. As of those dates, the person who becomes the new labour minister will appoint mediators for each institution, based on a list of names suggested by the management and union bargaining teams.

The mediator has a period of 60 days to bring the two sides together. But given that mediators are usually grievance arbitrators (with various obligations and responsibilities), their availability is a factor that we have to contend with. We have to anticipate that the process will take months. Parallel to the mediation process, talks can continue if both sides agree to that. The APTS is inclined to think that we should persist in our talks, despite the difficulties.

A sustained demonstration of solidarity can always make a difference during the mediation period, as it shows members’ support for the union demands. To put it another way, now’s not the time to give up!

If no agreement is reached by the end of the mediation period, the two sides have 30 days to present a list of matters on which they agree and a list of matters still in dispute, as well as their final proposal to settle the latter. Then we arrive at the final arbitration phase. The arbitrator chooses a solution based on specific criteria: no additional costs must be incurred in applying the solution, and service delivery must be guaranteed. At this stage, mobilization no longer has an impact. The negotiating parties have little latitude, and there is considerable risk for both sides

That’s why the APTS has reiterated its commitment to arrive at a negotiated settlement, in the interest of its members. Other unions, particularly those representing nursing personnel, have reached negotiated settlements in a number of institutions. The fact that their membership is more homogeneous definitely made things easi er for them. Employers didn’t insist on the same kind of unlimited availability requirements with nurses at they did with Class 4 personnel. .

Members in all the integrated centres voted at general assemblies on negotiations and gave APTS spokespersons clear mandates concerning staff mobility, access to professional development, mechanisms for awarding positions, and respect for professional autonomy. No concessions that are far off-track from our set of demands will be accepted without members’ consent. Given the dictates of democracy, members will be reconvened to a general assembly as needed.

Despite the fact that there was a good atmosphere at the bargaining table and discussions were cordial, when it came to writing the articles, the writing didn’t reflect the tone of our discussions. The further we advanced, the more complicated the process became. The two sides had a hard time understanding one another and getting through to one another.
Result: a tentative agreement on 19 out of 26 matters. 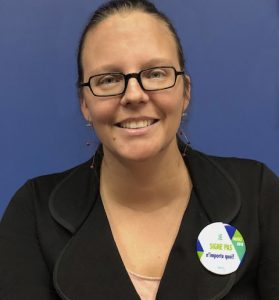 In general, we can say that negotiations are going well and discussions are courteous. However, we’re encountering resistance on matters involving professional autonomy, mobility and work-schedule arrangements. We’re still hopeful, as there are still a few weeks of bargaining left. We’re not giving up and we’re working hard to get a good contract for our members