Contract talks: where are we headed?

Contract talks: where are we headed?

Contract talks continue almost nine months after the end of our collective agreement. These negotiations were always going to be challenging, and COVID-19 made them even more complex. Between Zoom conferences and meetings at the Treasury Board, we caught two members of the APTS executive committee and asked them to tell us what’s happening. Emmanuel Breton is in charge of contract talks and Véronic Lapalme is in charge of mobilization.

BlueAPTS: Can you tell us, in a few words, where we are now? 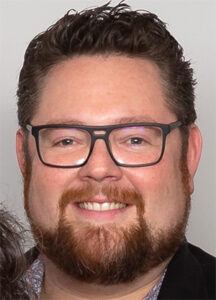 Emmanuel Breton (EB): Our focus is on sectoral matters – working conditions that are specific to employees represented by the APTS. But the intensive negotiations we’ve had over the past few days have made it clear that the Legault government has not given the Treasury Board a mandate to discuss the issues that are at the root of the worst problems for our job class. We’re talking about work overload, burn-out, and problems in attracting and retaining personnel.

We consulted local teams again in November. We wanted to be sure we were accurately identifying the issues that are non-negotiable and those that offer a way through. We got comments from 34 institutions, including all of the integrated centres. Now that we’ve checked back with our units, we’re in position to negotiate with full awareness of what’s at stake.

In September, we’d already gone through a process where we set priorities among our initial 120-odd demands, bringing them down to about twenty. We wanted to show our good faith in the COVID-19 context, and we hoped it would be mutual. So far, that hasn’t been the case. 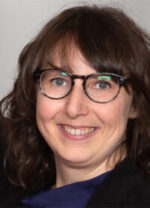 Véronic Lapalme (VL): In terms of intersectoral matters (pay, pension plan, parental rights and regional disparities), the government hasn’t made any new proposals to the APTS-FIQ alliance since May. At the time, it was offering a paltry 5% pay increase over three years, in response to our demand for a 12.4% catch-up increase over the same period.

BlueAPTS: Has the health crisis removed the favourable context we thought we were going to have for these contract talks?

EB: Yes, that’s clear. The context was favourable, but it’s changed radically since 2019. Back then, we were facing a government with significant budget surpluses. Those have disappeared with the pandemic.

That said, not only are Québec’s public finances doing relatively well despite the pandemic, but the government has several alternatives available to it[1] to increase its revenues and fund public services for Quebecers.

VL: Also, investments to restart the post-pandemic economy should include employment sectors where women predominate, and not just construction, which mainly involves men.

BlueAPTS: What’s happening with the APTS-FIQ alliance now that the FIQ has reached an agreement in principle?

EB: The APTS-FIQ alliance is still relevant because the FIQ’s agreement is only about their sectoral matters. The FIQ’s special provincial bargaining committee had rejected the first agreement that was submitted to it, on the grounds that it didn’t answer members’ need to see a genuine difference in their day-to-day work. Faced with this refusal, the government made an extra effort to accommodate them. Since the FIQ only represents a few job titles, it’s easier to bring them together around a few key demands. APTS members have more diverse work settings, which means the APTS has to work on several fronts to achieve significant change. There’s greater complexity.

Before an overall agreement can be reached with the FIQ, there will also have to be an agreement on intersectoral matters. This implies that a sectoral agreement will have been reached with the APTS, and that both organizations will have accepted a pay offer sufficient to ease the legitimate dissatisfaction of our 131,000 members.

BlueAPTS: What if the government doesn’t budge?

EB: In that case, the APTS will have to choose: either reduce its expectations, which would be pretty cruel given the efforts we’ve made so far, or stand its ground. This last option will require us to intensify our pressure tactics, possibly leading up to a strike over the next months. It also exposes us to a back-to-work order – which nobody wants, not even the government, because its image would suffer. In any case, if there’s one thing the bargaining team won’t do, it’s reach an agreement in principle that wouldn’t satisfy a majority of our members.

BlueAPTS: What is your strategy as you face these perspectives?

VL: We need to work hard to increase APTS visibility, ratchet up the pressure, and make more people aware of the nature of our demands, which are reasonable and justified. There will be actions over the coming weeks – we’ll adapt them according to what happens at the bargaining table.

BlueAPTS: How can we show our support for the bargaining committee without violating health measures?

VL: With physical distancing, we’ve lost the power dynamic you get with a large number of people in the street. That’s just a fact. We can’t have a major demonstration with people from all over Québec because we’re supposed to avoid travelling from one region to another. We’re organizing actions with a limited number of people, and precautions are strictly observed – in some cases, visors are worn and temperatures are taken.

BlueAPTS: What if the government were to offer something worth looking at?

EB: As soon as that happens, our small team at the bargaining table will convene the national bargaining committee, which is made up of about fifty people. If the agreement in principle is endorsed by this committee, it will then be submitted to the General Council – that’s about 200 elected representatives. The final stage will be to hold special general assemblies in each unit so that all members can have their say.

BlueAPTS: How can members follow developments at the bargaining table?

VL: Members of the provincial executive toured extensively over the summer to meet APTS members in Québec’s regions. Unfortunately, it’s impossible to hold multiple encounters of this kind, but to make up for the loss of direct contact, we have the negoapts.com website, the Info Négo newsletter, and the utterly useful Facebook. Above all, keep in touch with your local executive – they’ll know what’s happening thanks to established channels of communication. Stand by to answer their call!

[1] On this topic, see the article “Après la pandémie, l’austérité?”

Photo: Demonstration in Montréal on December 15, 2020, in front of the building where Premier François Legault was holding a press conference to announce that stricter confinement measures would be in force until January.