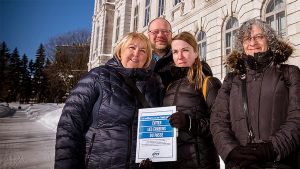 On February 12, the government introduced a bill to amend the Pay Equity Act. It was forced to do so after a federal Supreme Court ruling quashed certain amendments to the act that were introduced in 2009, including those that removed any possibility of retroactive compensation in cases of discrimination.