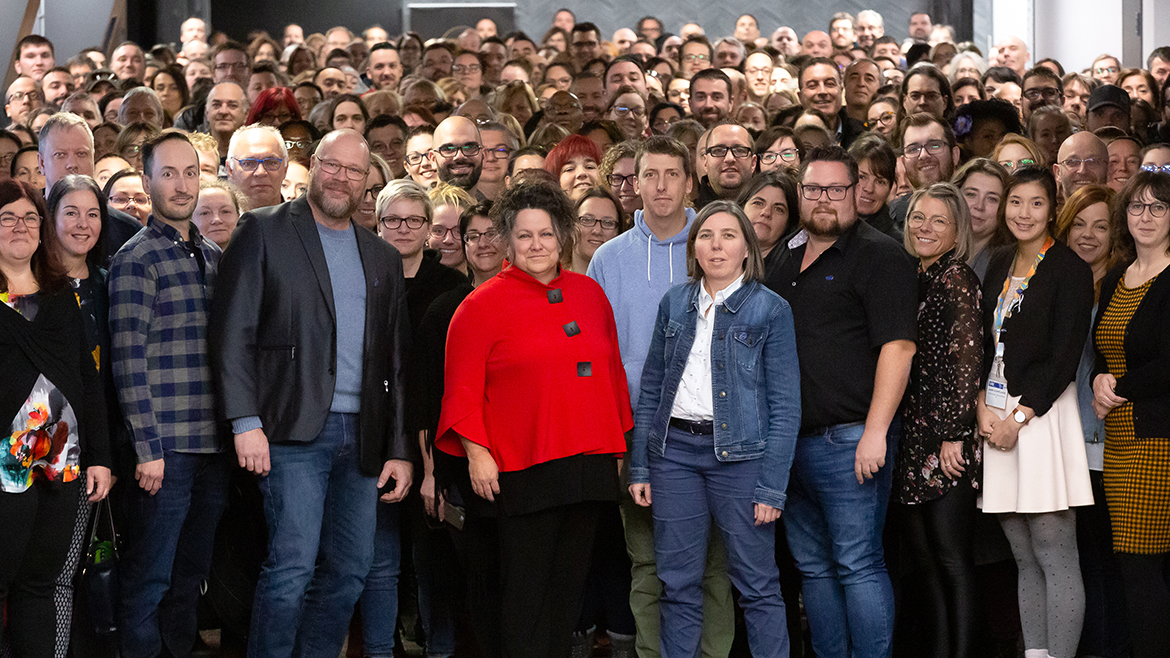 The woman we elected president of the APTS at our Convention last November is very determined to boost our union’s visibility and influence, and is proud to do so. “I want the APTS to have the means to realize our goals, fully engage in public debates and take the initiative without hesitation. We have to create ties with other organizations and join forces to serve our common causes,” Andrée Poirier declared.

“I’d like for us to be able to reactivate the true sense of union activism, which is based on the primacy of community,” she added. “Collectively, what do we want for our society, for our world? In answering these questions, we’ll discover that we have the same objectives, the same values. With that as our starting point, there’s no reason why we can’t work together.”

The concept of collaborative teamwork is at the heart of her vision of things and the direction she wants to take as union president, and you feel that immediately. “I think everyone has a role to play that’s indispensable in bringing ideas and projects to fruition. Respecting each person’s part in the orchestra is what creates the harmony.”

Andrée Poirier knows what she’s talking about. Born into a family of musicians, she took to the stage at a very early age and currently sings in a feminist band.

“I intend to fulfill all my responsibilities as conductor of the orchestra. I want my leadership to help create a good work climate so we can get to the point where we trust one another to perform our respective roles and if need be, tell each other when things aren’t working.”

While she is well aware of her leadership skills, Andrée Poirier also knows that she is not alone and can count on the strengths and expertise of all the teams that form our union.

Given the number of issues at stake and the magnitude of the challenges, this support network is crucial. Our diverse range of job titles is already a major challenge. APTS members  ̶  more than 56,000 in all  ̶  expect to receive efficient services and be well represented. Since the reorganization of the healthcare system, local APTS executives have had to contend with substantially heavier workloads and are having trouble meeting the demands, despite the new resources available to them. Our union has to have the means to meet these expectations.

For a new president, the challenges are also personal. At the time this interview was conducted (less than two weeks after taking office), Andrée had already presided over meetings of the APTS executive committee and provincial council, given several interviews, spoken at two press conferences and met with a government minister. “The hectic work pace for a union president is even more intense than I had imagined,” she recounted. “The challenge for me will be to find some balance in my life… I’m extremely sociable but I also need a bit of calm to rest and replenish with my husband and to be present for my children and grandchildren. I dream that we could be a model of family/work/personal life balance.”

“The challenge is even greater for me, as fighting for social justice is in my soul,” she confided. “I wanted to strike down injustices and meet every demand. I’m going to have to pace myself.”

But where does this desire to right all wrongs come from?

Devoted to others right from the start

As a young student, Andrée wanted to become a nurse. But losing one of her daughters to cancer took her on a different path and led her to social work. She made a wholehearted commitment to devote herself to autistic children, to the point of initially fostering several children and subsequently offering respite for autistic children’s families.

“In my life and my work, I always wanted to live by the values that make me who I am: values of solidarity, compassion and sharing. And to that I would add feminism, which for me was kindled in high school under the influence of the Grey Nuns and my sister Louise.”

She found many causes to fight for on behalf of others, in her social work studies at the Université du Québec en Outaouais (which she adored) and in community groups that support young people, individuals facing homelessness, and the families of those who are grappling with mental health problems. In that period, she coordinated a group of social workers (Regroupement des intervenant·e·s en travail social) at the Centre hospitalier Pierre-Janet, and supervised student trainees in psychiatry.

When the Pierre-Janet hospital to which she was assigned was integrated into the CSSS de Gatineau, organized resistance took shape to preserve that mission. Andrée did her part by sharing her advocacy skills and her talent for defending people’s rights. 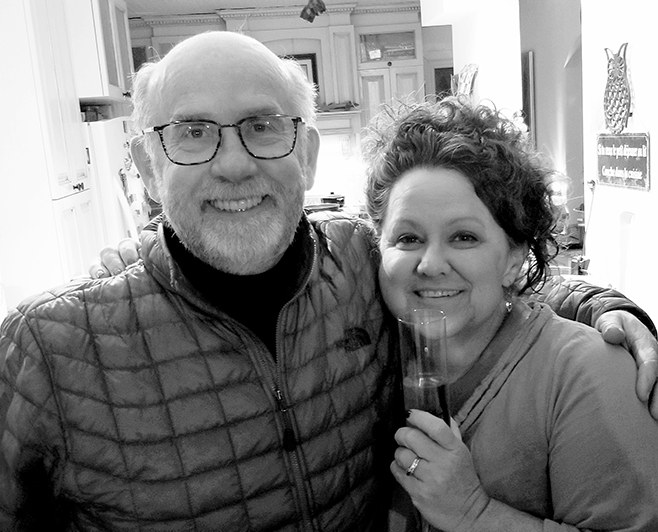 It was at that point that she was recruited by André P. Gaudreau, the former local APTS president for the bargaining unit at the CSSS de Gatineau, whose passionate union activism won her over. She was first elected vice-president and took union leave from her job to work on local bargaining in 2012, before succeeding André P. Gaudreau as president on the local union executive. She then became an APTS provincial representative in 2016 and was subsequently elected to the APTS provincial executive committee as secretary in 2018.

She still has fond memories of her years as a social worker, and has kept close ties. “I loved so much to be in contact with the clientele in psychiatry and with those overseeing the family-type residences that took in those clients. It was gratifying to make a difference in people’s lives. It was still possible back then to devote entire days to them. I have witnessed a gradual decline in the conditions of practice of social workers,” she lamented.

“I’m not one to resist change, though – not at all. I prefer to get on board the train to see how to positively influence where it’s heading,” she remarked.

In this spirit, she steered her way through the successive reforms in the health and social services sector and now intends to support members on the ground.

“My strength lies in my ability to create ties – ties that I deeply believe in – so that together, we can take concerted action.”

Main photo: Andrée Poirier (in red) is counting on the vitality of our union to ensure the success of our current contract talks