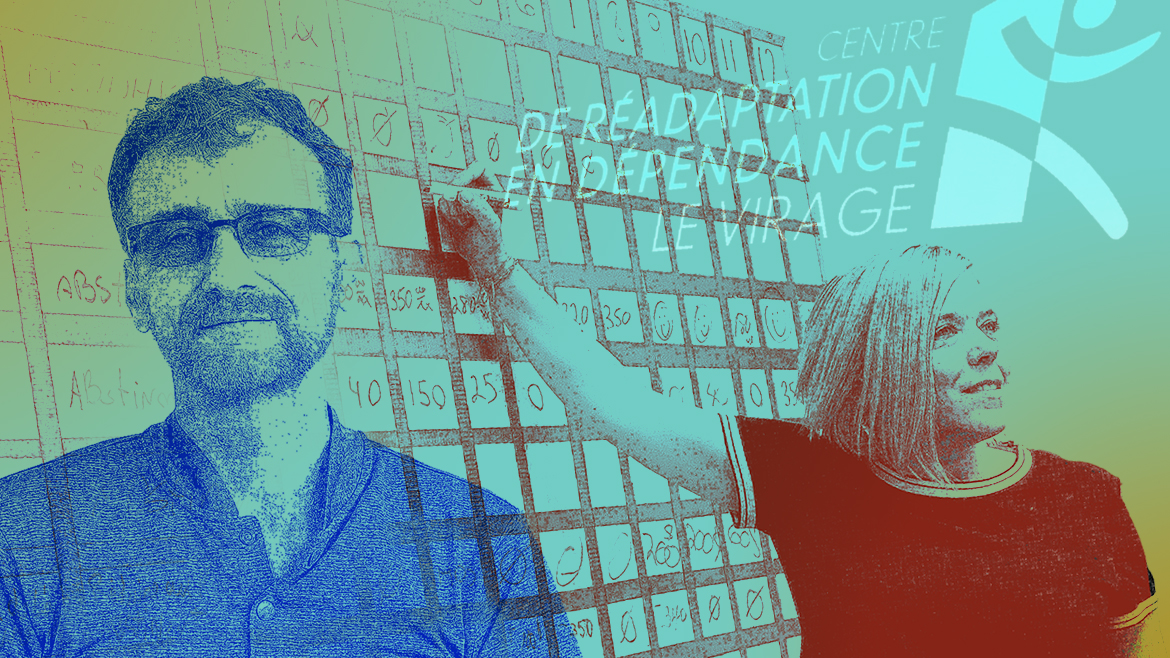 Three years after being integrated into amalgamated mega-institutions, how are the CRD addiction rehab centres doing? Is the smallest mission in the healthcare system managing to keep its identity? Have there been changes in professionals’ and technicians’ practice?

Each time a reform in health and social services leads to amalgamations, there are concerns about the fate of the smaller missions that are “swallowed up” by the more powerful ones. That was the case with CLSCs and CHSLDs, which were integrated into hospitals when the CSSS health and social service centres were created 15 years ago. Now the concern is for youth centres and rehab centres in the Barrette reform. These questions are particularly relevant for the smallest group in the CRD addiction rehab centres. Judging by the comments received by the APTS working committee on addiction rehab centres in the course of its work, the answers vary greatly from one region to the next. The organization of services doesn’t seem to correspond to a set model for the entire province. Since we couldn’t examine the overall status of this mission, BlueAPTS decided to focus on Le Virage, a rehab institution in the Montérégie.

The Centre de réadaptation Montérégie was created in 1984 and became Le Virage in 1995, offering rehab to those addicted to drugs or alcohol. It then added services for gaming addictions, followed by rehab for problematic use of the Internet. It offers out-patient services for young people, adults and their entourage, as well as residential detox care at the Maison William. In addition, the centre provides specialized support services for the use of methadone and other substitute drugs, assessment of automobile drivers, the 6-12 family program, and a mechanism for getting into residential resources when necessary. Its personnel is spread out over eight points of service, in Sorel-Tracy, Salaberry-de-Valleyfield, Granby, Saint-Hyacinthe, Saint-Hubert, Longueuil, Candiac and Saint-Jean-sur-Richelieu, and is mainly made up of human relations officers and educators.

Martine Vidal has been working at Le Virage for the past 13 years. Based at the point of service in Longueuil, this human relations officer/sexologist who has a certificate in drug addiction works with young people, families and adults in three separate programs.

The first program is for adolescents, who are targeted because of the impact of their drug use. “We invest a lot of time and energy in this clientele, which is considered a priority,” she explained. “The winning strategy is to meet with these young people (and possibly their family) directly at their high school.” The region’s youth centre also benefits from Le Virage’s expertise. The latter, which provides secondary services, is mandated to ensure rehabilitation and education in collaboration with other personnel (rather than drug screening).

The second is for the family members of people struggling with an addiction problem. Martine has a special place in her heart for a little-known program called Cap sur la famille (“focus on the family”) that takes a play-based approach targeting children aged 6 to 12. Workshops that she facilitates help children find the words to express the difficulties experienced in their family, and enable parents to try to repair the damage caused by their substance abuse.

Lastly, Martine facilitates groups for an adult clientele referred by the courts, Youth Protection, or one of the two hospitals in the territory, Hôpital Charles-Le Moyne or Hôpital Pierre-Boucher, which a nurse assigned to Le Virage visits every day. Those who apply to the addiction rehab centre are directed to an initial group-therapy intake meeting where they are assessed (with the help of various tools) and briefed about services and possible options. They then have the possibility of joining groups that help support them in making changes, modifying their substance use, and consolidating what they learn.

For every type of clientele, Le Virage offers services to the person’s circle of loved ones. Parents, friends and relatives can participate in support groups.

For problem Internet use, a pilot project is underway at Le Virage under the direction of a human relations officer who is trained as a social worker.

Eight out of 10 people who have a dependency problem also have a diagnosed mental health problem (anxiety, depression, personality disorder, etc.). Le Virage comes under the Director of mental health and dependency programs at the CISSS Montérégie-Ouest. It serves the population in the territory of the Montérégie as a whole. Some managers are not familiar with rehabilitation for addiction or dependency problems, and tend to refer patients to Le Virage that they can’t send elsewhere. It’s not surprising, given that there is hardly any waiting period at Le Virage, while access to psychotherapy is very limited for the population served by the CISSSS Montérégie-Ouest. Yet in cases where substance abuse results from much more complex problems, only the symptoms are then treated.

“With a more complex clientele, the major challenge of addiction rehab centres is to work in conjunction with mental health services,” explained Jean Côté, APTS liaison officer at Le Virage.

The Mosaïc program, developed in concert with a team of mental health specialists at Hôpital Pierre-Boucher over the past few years, fostered that kind of collaboration by offering clinical support to human relations officers at Le Virage. The program was dropped in the wake of the reform, unfortunately. “Today, it’s harder for human relations officers to get access to professional development, and they are induced to work on symptoms rather than addressing the deeper issues,” added the union representative.

In the course of its history, Le Virage has innovated in a number of ways. It earned credibility by developing group intervention and a systemic approach, and by working with the family and friends of those who were referred to the centre. But now a number of members of the team are decrying the decline of the personalized rehabilitation approach that prevailed in the past. Martine Vidal notes: “Human relations officers act as pivot personnel who have fewer and fewer opportunities to do individual follow-up with clients.” The latter are sent to various groups depending on the intervention plan prescribed after completing a standardized assessment.

There is a very real risk that expertise in rehabilitation for people with dependency problems will be lost. This major issue identified by members of the APTS consultation committee on addiction rehab centres seems to also be a problem at Le Virage. Management at the CISSS Montérégie Ouest is far removed from its component facilities and probably doesn’t perceive this risk as yet. The bio-psychosocial approach developed through experience by the team at Le Virage has succeeded in giving a lifeline to a number of people who were in deep water. It would be a great pity to lose it!