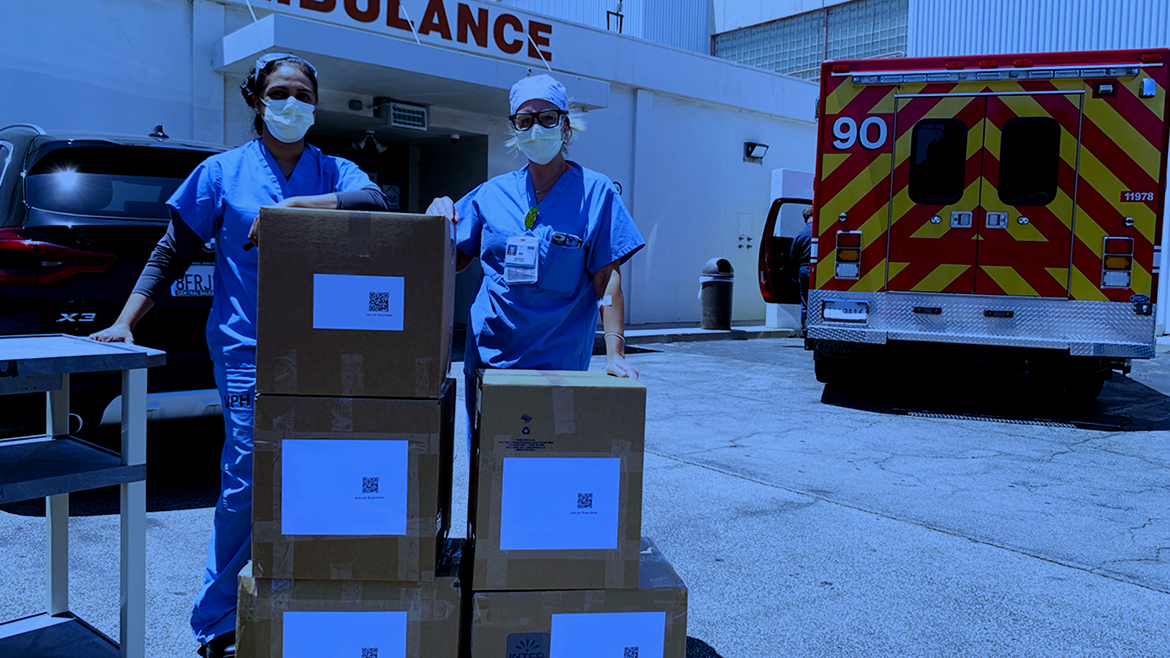 Last summer, in the lull between the two waves, we surveyed our members to get a better sense of the consequences of withdrawal of services. Major irritants identified by respondents included work overload, managers not listening to concerns about professional issues, lack of follow-up on cases when services were withdrawn, delayed treatments, and loss of intervention windows. But the issue that drew the most criticism was the lack of consideration for the skills and qualifications of employees who were reassigned. Forced reassignments, imposed without taking into account the professional expertise of the people involved, led to unprecedented suffering in relation to ethical and professional conduct standards.

In addition to professional concerns, members grappled with health and safety issues such as a lack of suitable protective equipment, frequent changes to recommendations, insufficient communications on these changes and personnel moving between institutions or between hot and cold zones. These failings had a major impact on workers’ mental health. It also led to them having higher COVID-19 infection rates than the general population. In fact, a study conducted by the INSPQ (Québec’s public health institute) found that healthcare workers were 10 times more likely to contract the virus. Between March 1 and June 14, 2020, 13,581 workers were infected, which is one quarter of the cases recorded in the province during that period.1

Addressing COVID-19 is demanding, but a disproportionate amount of energy has gone into the pandemic response compared with maintaining health and social services.

To make matters worse, some managers have brazenly chosen to carry out reassignments that were not in any way justified by the pandemic. While employers are undoubtedly required to comply with ministerial orders issued in response to the health emergency under the Public Health Act, these are situations that must be denounced.

In preparation for the second wave, the APTS hosted a webinar to present the results of its analysis along with a series of recommendations. The playback is available online (in French).

Institutions were asked to develop an action plan for addressing the second wave and to submit it to the ministry of health and social services (MSSS) by September 30. Since ministerial orders indicate that unions must be consulted before measures are implemented or contingency plans are updated, the APTS set up a communication mechanism with local teams to make sure these consultations are actually taking place.

In addition, since it quickly became apparent that some management teams were unable to provide up-to-date information on withdrawal of services and staff reassignments, the APTS decided that it would conduct its own analysis of the situation. It is therefore very important to let your union know if you have been taken off your regular duties. Your local team will verify the measures taken by your employer, and this will help us understand the extent of withdrawal of services and staff reassignments across the province. We need to keep track of this information in order to analyze which services are being withdrawn and make sure we can influence decisions on the matter.

At the end of October, for instance, we found out that psychological support services had been withdrawn at the CISSS de Chaudière-Appalaches, even though mental health needs were skyrocketing. The local team intervened, the media drew attention to the situation, and Québec Solidaire and the Liberal Party then condemned the move. This prompted the government to quickly demand that regular activities resume.2

We need to be vigilant during these challenging times, and our strategy is now clear. Keeping track of service interruptions by maintaining open lines of communication is the best way we can increase awareness of and recognition for the vital services provided by Class 4 personnel.