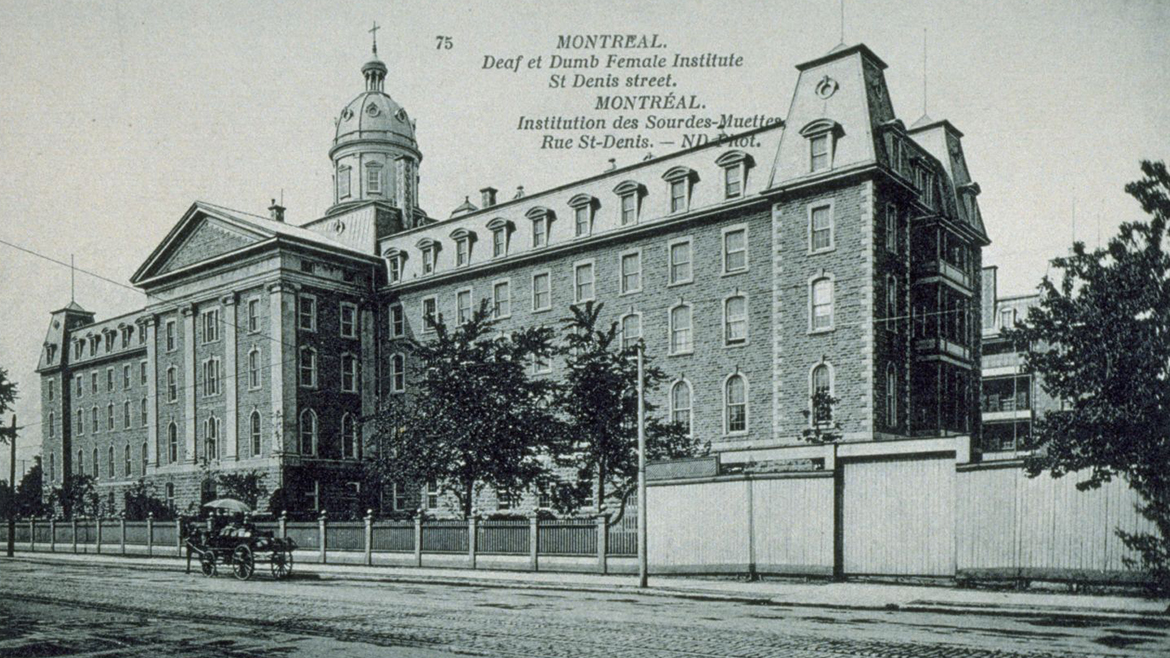 Clients separated after the move

Clients separated after the move

Deaf or hearing-impaired persons and those with communication problems will no longer be entering the old building at 3600 Berri on the corner of Cherrier and St. Denis, a familiar Montréal landmark. The institute serving them, the Institut Raymond-Dewar (IRD), is moving, and the move marks a historic turning point that is a source of heartache for many.

The specialized services offered by this world-renowned rehabilitation institute to people who are deaf or hearing-impaired or who have communication difficulties will soon be provided in two separate premises, separating the Institute’s clientele into two groups. The deafness and deaf-blindness programs will now be located at 3800 Radisson (near the Radisson metro station). The Institute’s other programs, including all the hearing-impairment programs, the cochlear implant clinic and the speech-language impairment programs will be provided at the Centre de réadaptation en déficience physique Lucie-Bruneau, a facility tied to the CIUSSS du Centre-Sud-de l’Île-de-Montréal, located at 2222 Laurier Avenue East.

Many of the Institute’s staff and clientele have expressed a sense of grief. “It’s sad to leave this building that is so full of history, and witness the splitting up of our little institute that witnessed the birth and development of rehabilitation services for hearing and speech-language impairment. It’s painful to see the specific character of our organization diluted within a broader structure,” remarked Maria Bazo, who has a doctorate in audiology and has worked as a professional at the Institute for the past five years, in addition to her activities on the local APTS executive in Centre-South Montréal.

The amalgamation of the Institute with the CIUSSS is behind the reorganization of its facilities. The Institute didn’t own the dilapidated old building it occupied, which needed work done. In 2016, management opted to move but was unable to find premises large enough to accommodate all the programs and meet all the needs.

“Marginalizing deaf people who use Québec’s sign language (Langue des signes du Québec) after 150 years of shared history with people who are hearing-impaired is hurtful. This group that communicates in another language (signing) and whose ability to communicate with “hearing” people is limited will now be further isolated in another building, far from those with hearing impairments, who share part of their reality.” History is repeating itself. “In the last century, deaf people who knew sign language and deaf-blind people were marginalized from those with hearing and those with hearing impairments,” he pointed out.

This professional, who has 25 years’ experience at the Institute, decries the eroding work climate, the number of employees leaving on early retirement, the distance from a central, readily accessible neighbourhood, and the increased responsibilities for managing and coordinating the office space, given the restricted space reserved for them.

He believes this decision reflects the government’s divestment from an institution that, in addition to being historic, has managed to garner a remarkably high client satisfaction rate (96%) and command a deep sense of belonging among staff. After cutbacks imposed by the Liberal government when it first took office, the Institute’s staff shrank from 200 to roughly 150. Jean-Paul W. Tremblay questions the government’s decisions. “Why exclude the option of renovating the century-old building on Berri Street? Why not ensure that all rehabilitation services in Montréal be housed in one building, to generate synergy among practitioners and consolidate the Institute’s reputation?” Good questions, especially now when we’re hearing in the media that various agencies are interested in taking over the building.

Maria Bazo notes that the building “could do with a bit of love,” but will miss the old walls that have so many stories to tell. “Staff was consulted over the last three or four years and many managers shared our worries and concerns, but the decision was upheld,” she said. The directors at the time have since left the Institute and will not be around to witness the split. 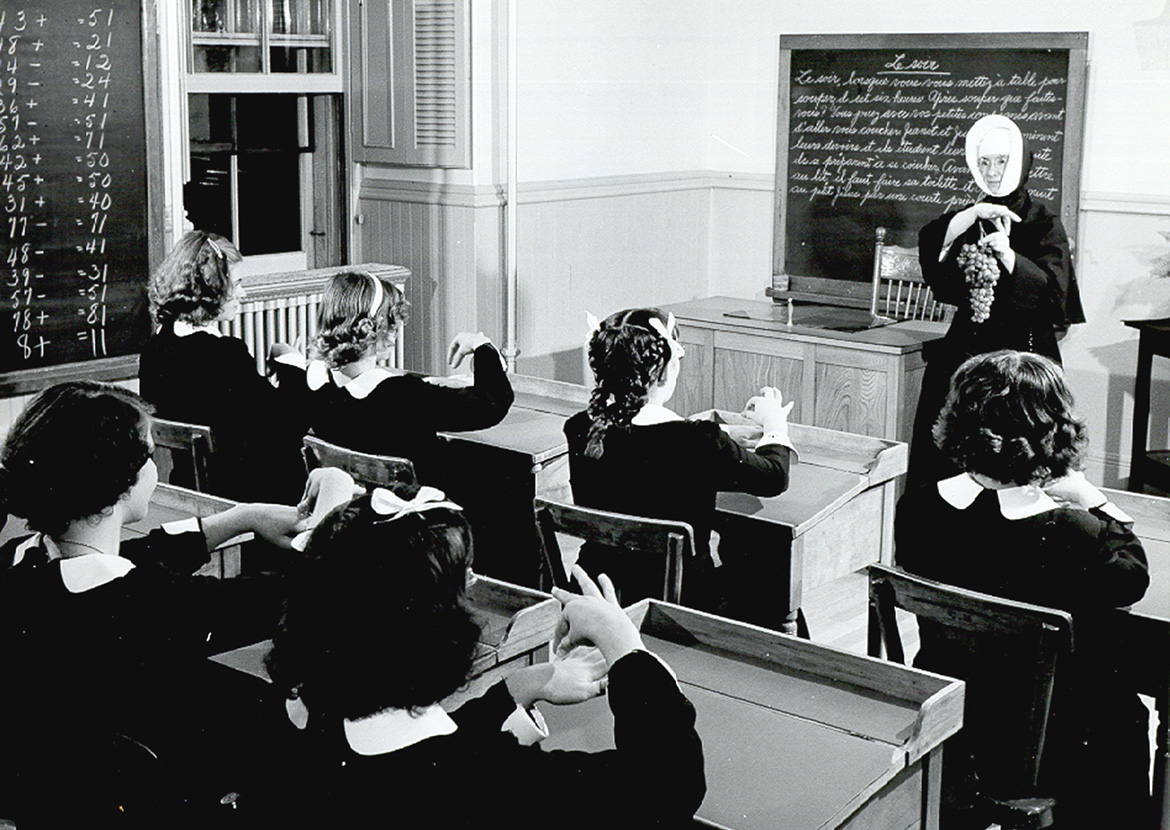 The stone building’s former owners were the Sisters of Providence, a congregation of nuns who for many decades used it as a home for deaf-mute girls. A video helped mark the 150th anniversary of the institution, known in the last century as the Institution des Sourdes-Muettes. It features personal accounts from women who lived there as girls and professionals who played a role in its transition from a convent where Québec sign language was prohibited to a secular rehabilitation institute with unique expertise in the world. The Institute was the envy of many specialists, given that all services were grouped under one roof, thanks to a multidisciplinary team highly specialized in deafness and communication and trained in audiology, speech-language pathology, psychoeducation, specialized education, social work and psychology.

In 1984, the institute was renamed the Institut Raymond-Dewar (IRD), in memory of a deaf community leader who played a key role in empowering his community.