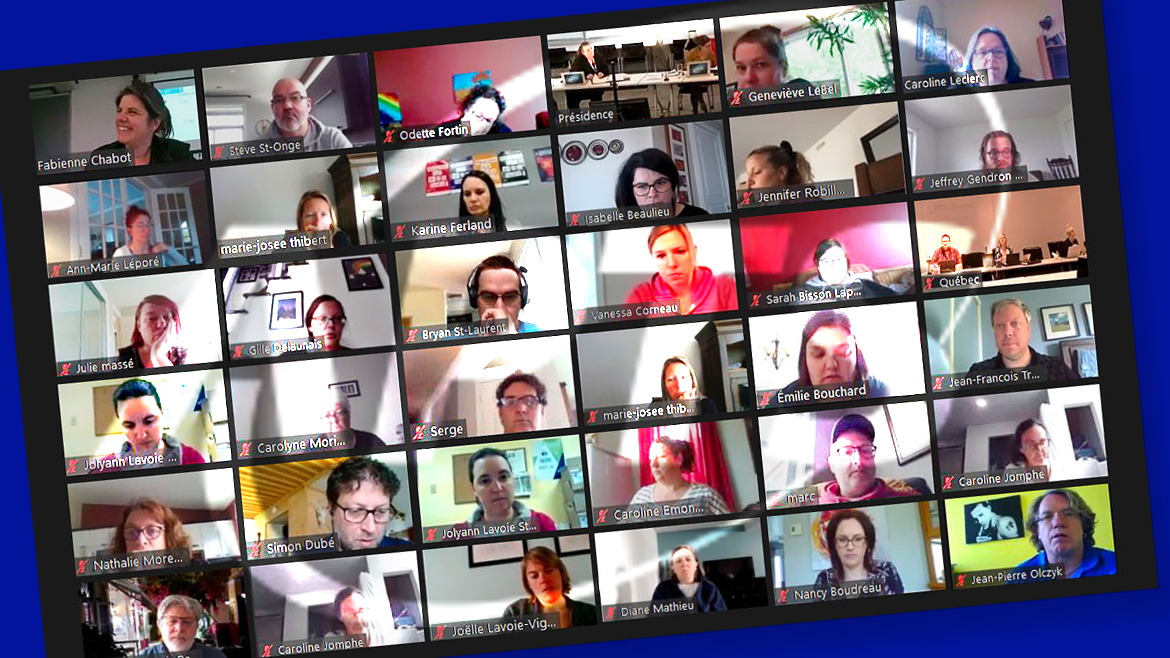 These negotiations are vital!

These negotiations are vital!

On the provincial APTS executive committee, Mélanie Bernier is our national bargaining and pay equity co-officer. In the current public-sector contract talks with the Treasury Board, she’s right there in the thick of the discussions. 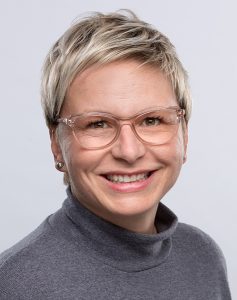 For Mélanie Bernier, a catch-up pay increase is long overdue.

How are the talks going?

The tone was already set last fall. Before the pandemic, with unprecedented surpluses in the government coffers, the government’s offers were ridiculously low. They didn’t even cover inflation or reduce the pay lag of employees working in public services, the vast majority of whom are women, whose purchasing power has been declining for the past 20 years.

In contrast to sectors where men are in the majority, funding for the sectors of education, health and social services is considered to be “spending” rather than “investment.” And in people’s minds, spending has to be reduced. Spending on infrastructure and construction is still seen as an economic stimulus, and the predominantly male workforce in these sectors receives much higher overall remuneration than what is granted to public workers, who contribute to the health of our economy nonetheless! The research report published by IRIS (Institut de recherche et d’informations socioéconomiques) that our union commissioned in 2019 clearly demonstrated such wage discrimination. For all these reasons, a catch-up pay increase is imperative and long overdue.

Are negotiations different because of the pandemic?

As soon as the lockdown began, the Treasury Board started dithering, first announcing that it wanted to suspend contract talks, only to come back two days later to announce a blitz of intensive talks. In reality, we had to negotiate safety measures, personal protective equipment, working conditions for pregnant employees and those with weakened immune systems, and quarantine measures, despite the public health advisories and the flurry of ministerial orders limiting employees’ rights. In addition, negotiations over hazard premiums were arduous, after our members who were working in hot zones were excluded from the premiums. There was one aberration after another!

While all that was going on, the premier stated in a reassuring tone of voice at a press conference that everything was going well and workers were properly protected. I’m not going to repeat all the contradictions between his public statements in press conferences and the realities on the ground.

Premier Legault is using public venues to negotiate contract conditions. He’s not the first politician to do so, but this time his daily press briefings give him an unprecedented forum.

In keeping with government tradition, unions are being blamed for the state of our health and social services system and for the shortage of beneficiary attendants and other personnel.

I was particularly angry to see that comments from military personnel who had been called in to help were considered more credible and legitimate than reports by unions and caregivers denouncing these situations for years. It’s as if our salvation depended on the army – the ultimate male institution – when in fact the entire system of care and services has primarily been kept afloat by women for as long as we can remember. Obviously, there’s not enough staff in the CHSLDs. But that’s certainly not because unions refuse to let beneficiary attendants get a raise. It’s really infuriating to see the government use such biased excuses for political ends.

How do you see things unfolding?

A major concern is that the budget surpluses are melting away before our eyes. The Treasury Board is counting on that to get us to consider its paltry offers, which it might withdraw if we take too long to reach a settlement.

This is shameless blackmail. Whenever it’s time for public-sector negotiations, there’s never enough money for workers. These unprecedented surpluses were accrued in large part from the sacrifices imposed on personnel providing public services, under the pretext that austerity measures were necessary, and from the belt-tightening measures associated with the reorganization of the health and social service system. The government is promising to reinvest in the system, but the fear is that only CHSLDs will benefit. That long-term care mission definitely needs more funding, but other missions are in a very tenuous state. The whole system needs massive reinvestment. We have to keep in mind – and address – all the shortcomings and failings that the health crisis has exposed.

Substantial increases for the entire system would help solve the growing problem of attracting and retaining staff. But better salaries are only part of the solution. More attractive working conditions have to be ensured, and measures must be taken to prevent burnout and work overload. That’s how we’ll induce young people to their careers in the health and social services sector.

How do you keep from slipping into defeatism?

Fortunately, the pandemic is not just generating fear and apprehension. It is also creating an amphitheatre for very touching gestures and rising expressions of solidarity. It has exposed the current fault lines in our health and social services system and helped demonstrate the importance of our professionals’ and technicians’ work.

We have to show our solidarity and mobilize to negotiate optimal working conditions for our members. No crisis is going to stop us from making our demands heard. The flurry of protests over vacations clearly proves that. Our contract talks depend on all of us standing as one – all 56,000 APTS members together.

Main photo: Since the end of May, the APTS has held three general council meetings by teleconferencing, to discuss developments in negotiatons. During a pandemic, union democracy also has to reinvent itself.