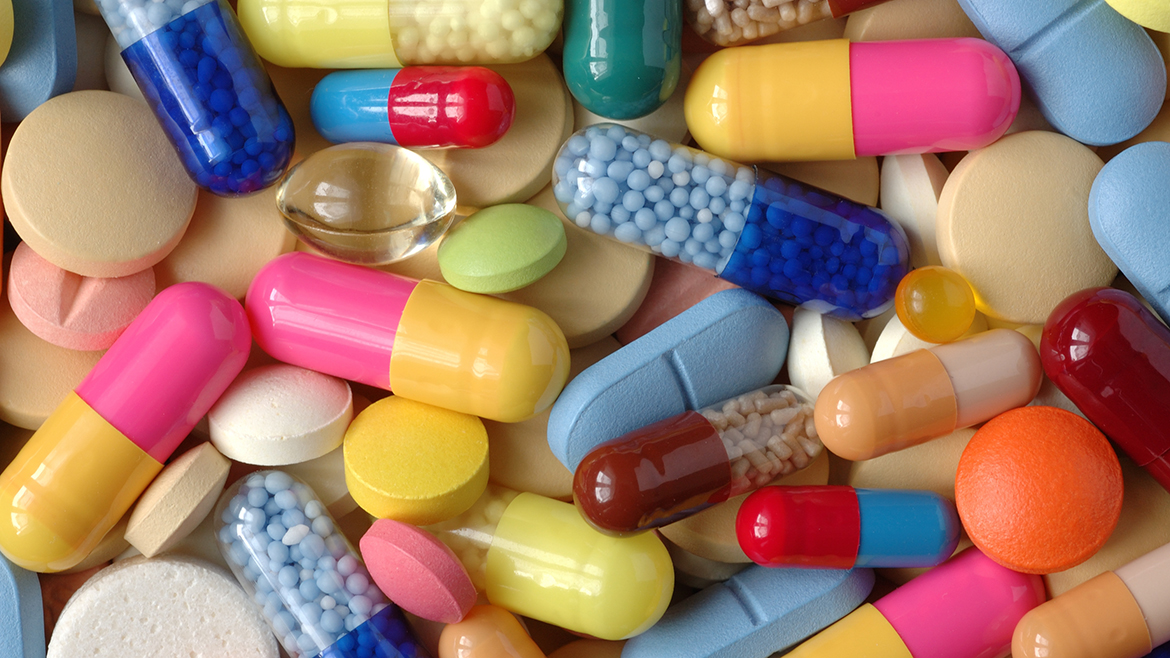 Exorbitant drug costs for how much longer?

Exorbitant drug costs for how much longer?

A universal public pharmacare plan is one of the solutions advocated by the APTS to ensure better funding for health and social services. What response might we expect from the CAQ government?

At the outset of the election campaign that ended on October 1 with the Coalition Avenir Québec (CAQ) winning a large majority of the seats, the APTS asked the main contenders a series of questions on issues that are important to our members, centring mainly on health and social services. The CAQ team responded by presenting the measures they intended to implement if elected. Not one the 15 or so measures offered solutions to reduce the cost of prescription drugs.

Yet Québec spends 80% more on drugs than an average developed country, and 35% more than other provinces. In recent years, all private insurance plans like the one held by APTS members were hit with hikes in premiums when group insurance plans came up for renegotiation. Not only does Québec’s hybrid public-private drug insurance system generate its share of inequities, it limits the government’s ability to curb costs for the entire population by fragmenting the Québec drug market. How can it negotiate effectively with the pharmaceutical companies when the public drug insurance plan covers only 44% of the population? The remaining 56% rely on thousands of different private plans, with rates that vary. It’s important to note that Quebecers are legally obligated to opt for a private plan if one is provided by their employer or their spouse’s employer. The Régie de l’assurance maladie du Québec (RAMQ) expressly stipulates that only individuals who are ineligible for a private plan can enroll in the public plan.

In public debates organized by the APTS regional teams during the election campaign, candidates were asked to respond to the proposal to create a public and universal pharmacare plan.

The CAQ candidates expressed a variety of opinions and many reservations, revealing a lack of consensus in the party regarding the pharmacare proposal. Many suggestions were put forward: consult experts, address the overconsumption of prescription drugs, negotiate better prices with suppliers and manufacturers, achieve a better balance between access to prescription drugs and their cost, and protect drug manufacturing jobs in Québec. But instituting an entirely public drug insurance program did not figure among their solutions.

Countries that have opted for this solution nonetheless pay lower drug costs overall than we do in Québec: 16% to 63% less! In the last few years, the Liberal government bragged about passing bills and negotiating agreements that generated $300 million in savings. Yet a government willing to confront the pharmaceutical and insurance industry could anticipate savings of some $3 billion!

The APTS is more active than ever in supporting the pharmacare proposal that has been the cornerstone of our work as a member of the Coalition solidarité santé and the Union des consommateurs. At the federal level, during consultations led by the Advisory Council on the Implementation of National Pharmacare, the Coalition solidarité santé issued a clear warning to the Canadian government: “Do not choose a hybrid private-public system like the one we have in Québec.” Their brief goes on to state that our hybrid system hasn’t made it possible to curb costs, and has caused unacceptable inequalities among Quebecers.

In 2018, the APTS adopted an action plan targeting provincial and local policy-makers and public awareness initiatives. These activities are ongoing but need to be stepped up to get the new government to consider the economic and political benefits of a 100% public drug insurance program. Many of the problems plaguing Québec’s health and social services system could be resolved with the major savings that such a program would generate. 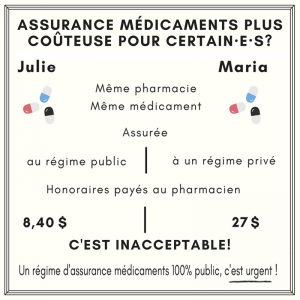 The first of 11 web clips from the consumer advocacy group, Union des consommateurs, to inform all Quebecers of the arguments in favour of a 100% public pharmacare plan.