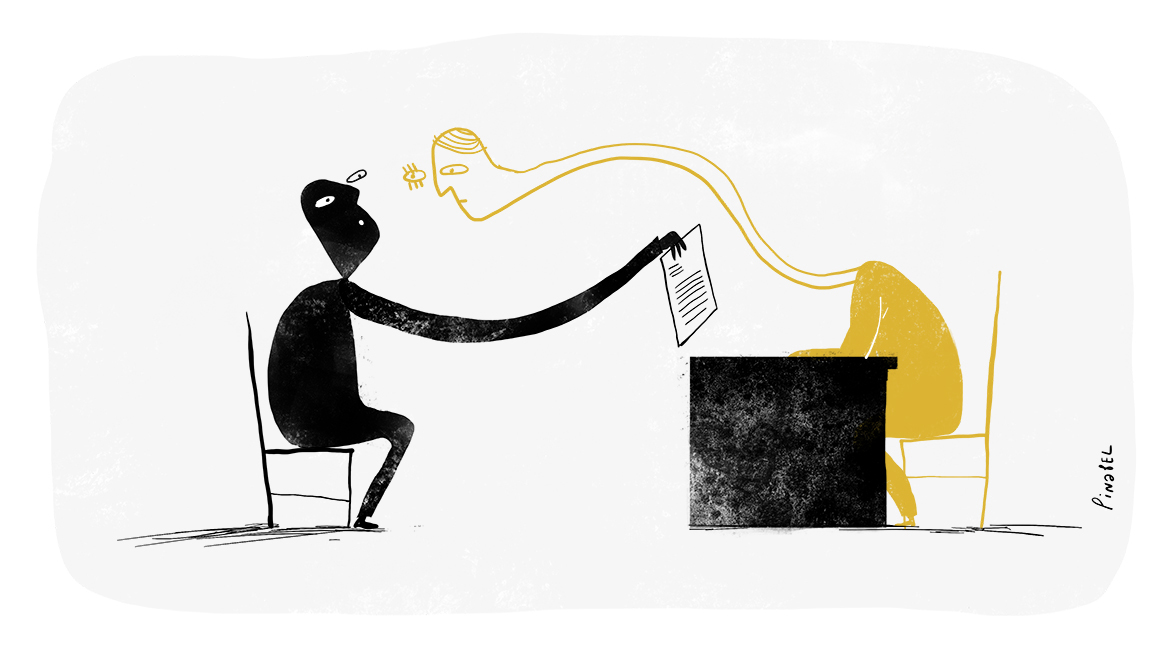 On May 25, George Floyd suffocated to death, choked under the knee of a Minneapolis police officer. The tragic death of this African American man rekindled racial tensions in the United States, sparking weeks of protests across that country. These events have also reopened the debate in Québec and Canada on systemic racism.

The term “systemic racism” is far from garnering a consensus. Certain institutions such as the City of Montréal, the Montréal Police Department (SPVM), the Royal Canadian Mounted Police (RCMP) and the federal government have acknowledged systemic racism and have committed to fighting it. But other organizations like the Montréal Police Brotherhood and the provincial government deny that systemic racism exists, preferring to talk about isolated cases of individuals with racist attitudes or behaviour.

A frequent argument against using the term “systemic racism” is that acknowledging this phenomenon would be tantamount to treating all Quebecers as racists, and addressing the problem would “put all Quebecers on trial.”

Yet Québec tackled the problem of systemic discrimination back in 1996 when it adopted the Pay Equity Act, without triggering this kind of backlash.

The Pay Equity Act aimed to “redress differences in compensation due to the systemic gender discrimination suffered by persons who occupy positions in predominantly female job classes.” Specific legislation was necessary because previous attempts to achieve pay equity had been too weak to be effective. The first was in 1951, when Canada signed a UN declaration that simply mentioned the principle of equal pay for equal work. Then in 1975, Québec adopted the Charter of Human Rights and Freedoms, which gave women the right to take their employer to court if they experienced discrimination. However, the burden of proof was on the women, who had to face long and costly legal proceedings.

To put it another way, the legislation was neutral until 1996, and women had the same rights as men in terms of remuneration. But there were inherent biases, particularly in the system of determining remuneration, as aptitudes typically associated with women were underestimated when evaluating jobs, and as a result, women were subject to “systemic sexism.” The system needed to be changed, and the 1996 Pay Equity Act did much to further those changes. The burden of proof now rests on employers, who are required to conduct pay equity audits at their own expense every five years to make sure that pay equity is maintained in the various job groups.

Was the fight for pay equity tantamount to putting all Québec men on trial? No. Even though some men are sexist, not all are. But regardless of each person’s intentions, the system was biased against women and the problem needed to be addressed. It’s interesting that the “collective trial” argument is never invoked when bodies like the special commission on children’s rights and youth protection are created and tasked with identifying and addressing systemic problems in the health and social services system with regard to youth protection. What’s more, no one believes they’re being personally put on trial when the assertion is made that society failed to protect our most vulnerable community members in the first few months of the pandemic because of structural problems in the healthcare system.

So why is there this fear of “putting all Quebecers on trial” when we examine how racialized people are treated in our society?

We have to admit, the answer isn’t pretty. For some time now, a number of scientific studies have shown that racialized people in Québec have a much harder time finding a job than so-called “old stock” Quebecers. They also have a harder time finding decent housing, as landlords often refuse to rent to them. They are at greater risk of being stopped, checked or arrested by police without reason, of being brutalized when arrested, and of receiving harsher sentences if convicted of an offence. Racialized people are more likely to experience poverty. And intergenerational poverty thwarts the future of children who have the same aspirations for a happy life as everyone else.

Fighting systemic racism should be as natural as fighting systemic sexism. We’ve seen how a system can harm a segment of our society, despite the fact that the same laws apply to everyone. The first step toward addressing a problem is acknowledging that it exists. Changing attitudes can take time, so we need to start today by rectifying all the aspects of the system that perpetuate discrimination. This includes differences in the way people are educated and socialized, depending on whether they are men or women, racialized or white, or members of the dominant culture.

Like Martin Luther King, I have a dream that one day people will not be judged by the colour of their skin, but by the content of their character. But this dream is still far from being a reality. Every time women face sexism or individuals experience racism, they get the feeling that they are not valued as much as others, that they are less than others because of something that’s beyond their control. It’s time that we acknowledge systemic racism in our society, identify it in all its forms, and fight it – just like we did with sexism.